Trent Grimsey is the fastest person to ever swim across the English Channel. When he retired from swimming in 2012 was the number 1 ranked marathon swimmer in the world.

In this episode of the Team Guru Podcast you’ll hear Trent talk about what it took to achieve such incredible feats. You’ll learn about his development as a young athlete. The hard times he faced and the things that inspired him.

You’ll learn about the lessons he learned during his incredible swimming career that he’s able to apply in life. And you’ll find out why he now dedicates so much of his time helping people from all walks of life realise their dream of making it from Dover to Calais.

Which is harder – climbing to the summit of Mt Everest or swimming the English Channel? It’s a hotly contested debate. Here’s a link to just one of many great articles on the topic.

Trent was the number 1 marathon swimmer in the world. He is the fasted person to ever swim across the English Channel – the world’s most famous swim. He lives in a country that adores swimming as a sport and the swimmers who do well. Yet, he’s barely known. Why? In his own words…

‘I guess marathon swimming is not much of a spectator sport’

Taking on the Record

‘It lit a fire inside me. Honestly, if Peter had not said that to me I don’t think I would have broken the record’ 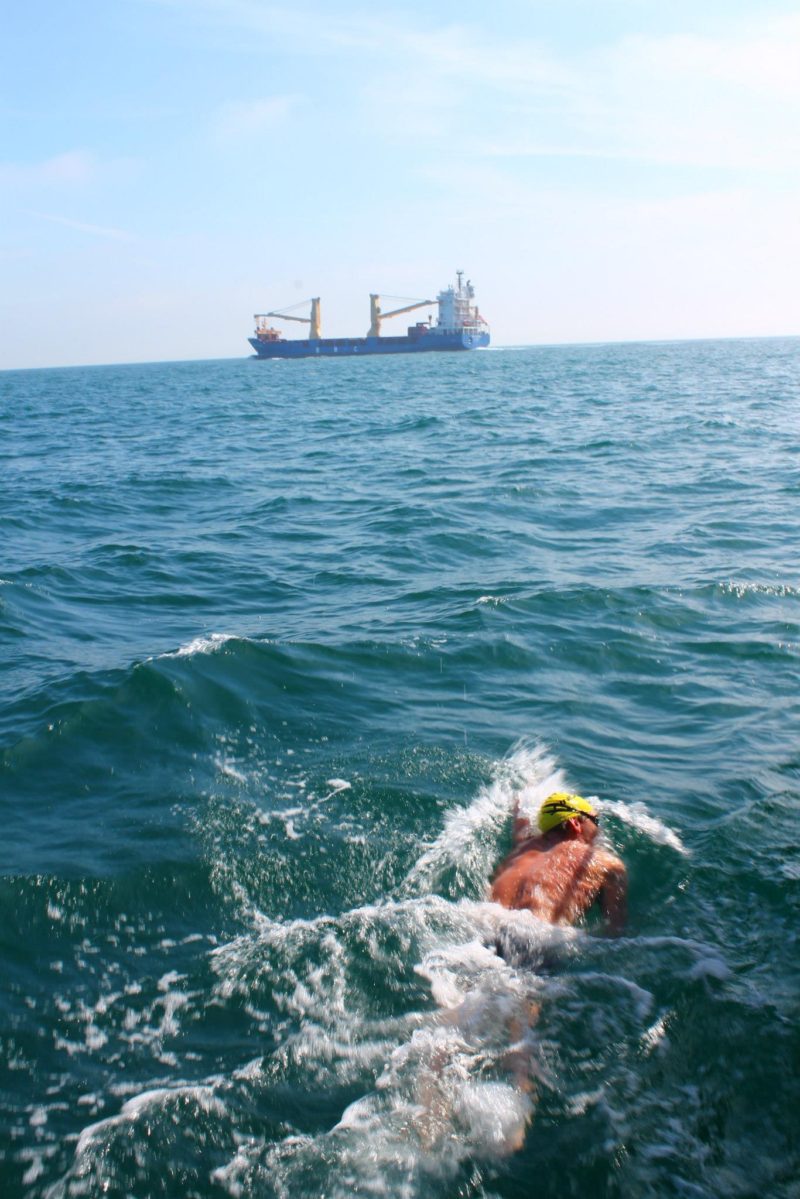 ‘I was just one of those mornings. I knew I’d break the record that day’

After picking up his pace hour on hour, but not gaining any more time on the record, Trent fell into ‘the hole’ between the 5th and 6th hour mark. But it was the comments Peter Stoychev had made to him three weeks earlier that helped to pull him through and re-gain his focus.

Put it in Perspective – a Team Guru Challenge

If you’re up for a challenge, head down to your local pool and time yourself swimming 100 metres. A tiny percentage of you will go anywhere near 1.12. Then, try and do it again and watch your speed plummet and your times blow out, then again and again.

Then imagine that Trent did the equivalent of that 400 times. At 1.12 pace. To put it mildly…it’s super-human.

‘Even if I didn’t have the speed or the talent of other guys my age I knew I could train harder than them. I knew I was prepared to do stuff they weren’t prepared to do.’

Everything Happens for a Reason

‘I’d definitely take the Channel over the Olympics’

Helping Others Across the Channel