026 – Steve Nance – The Evolution of Performance

The world of professional sport has changed at lightening speed over the past few decades. From an era in which players at the highest level were expected to crack open a beer straight after the match – through to the scientifically crafted players of today. 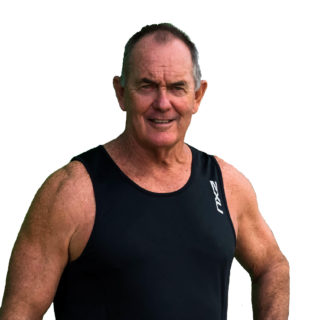 From the joy of winning premierships with the Brisbane Broncos and a World Cup with the Wallabies to the heart thumping pressure of avoiding relegation with Fulham in the EPL – Steve Nance has been a major player in the incredible evolution of athletic performance.

He’s been a performance director in the NRL, International & Super rugby, the English Premier League and a host of other professional sporting outfits.

He’s worked with some of the most legendary coaches and players across multiple sports.

He’s been part of teams that have performed well beyond expectations and he’s seen teams rip themselves apart with poor attitude and inept leadership.

If you’re a fan of any sport or if you’re interested in revolutionary changes in thinking and the art of enhancing performance, you’re going to love this episode of the Team Guru Podcast.

The Science of Performance

He started in an era in which players were expected to come from the field and drink a beer – to be seen drinking the sponsor’s product. They had no nutrition fluid intake, no active recover, no ice-baths etc

One of the consequences of performance being improved so significantly from science – strengths and conditioning, nutrition etc – is that a huge gap has opened between players who train fulltime and those who are part-time club players. If a player is not picked up by ‘the system’ at 16 or 17 years of age, and given the chance to train fulltime, there is very little chance of ever playing professional sport

Gone are the days where a late-blooming club rugby player might make his state debut at 27 or 28.

Through Steve’s journey he has learned these lessons about leadership:

In his time at the club there were three coaches hired and sacked. He found each of them to be unprepared and unplanned in the way they approached training

‘They used to fly by the seat of their pants’

Steve’s career has been bookended by working with elite private schools.

The coaches at the school are extremely professional. Most of them have impressive playing careers at state or international level on their CV