Leadership philosopher (and the most successful coach in sporting history) 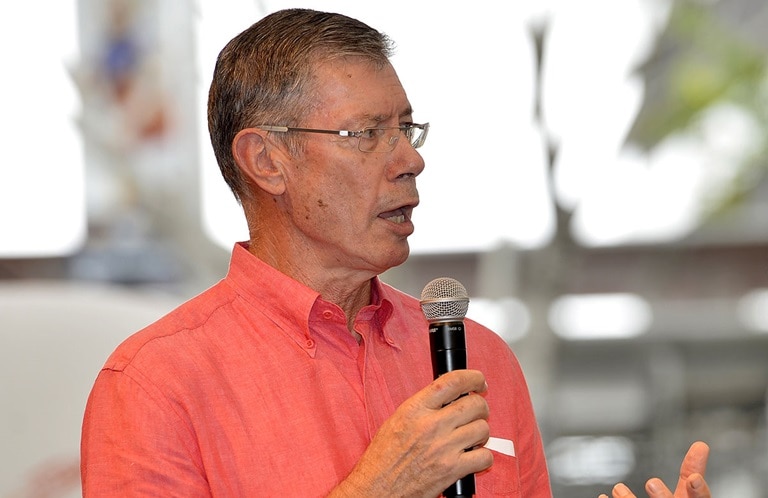 In Part 2 of my conversation with former Australian cricket coach John Buchanan, we talk about John’s legacy in Australian cricket. I ask him if his place in the game today matches the contribution he made as national coach. We talk about way top level coaches are selected in Australia – are ex-players really the natural choice for almost every top level coaching role across the country? We explore the changes that are taking place in the game of cricket. And finally, I pin John down on one of my favourite topics –  the schizophrenic nature of Australian cricket selections.

John’s figure in Australian cricket does not match the success he contributed to as coach of the national side. He is largely an outsider in Australian cricket – an extraordinary situation for a man who has claim to one of the best professional coaching records in the history of not just cricket, but sport.

John says that one of the reasons for that is that as a coach it was always his aim to make himself redundant. It was not his job to promote himself.

John thinks that we habitually draw top level coaches from a very narrow talent pool – ex players. The idea that the seperate talents of playing to a high standard and coaching at a high level can be found in the same person, so regularly, is naive.

John believes the model that sees individuals move straight from playing the game to the ranks of coaching is flawed. It means individuals are less developed as people, the standard of coaching is inhibited and the game is poorer for it. He is an advocate of the idea of players moving away from the game, into the broader world to experience different things, to grow as a person, before coming back into the game as a coach, offering a more rounded, wiser individual back into the game.

The high player turnover in the national side means that players are playing for themselves – they are fighting for survival, rather than working towards a team plan. It is not a cooperative and collaborative environment

John believes that there is a lack of strategic direction across cricket Australia – the administration, selectors, coaching staff, captain and players do not have a shared vision for the way the national side should play

Individuals can’t be guaranteed their spot in the side – but the head coach, the leader, must understand how to manage individuals. Like Justin Langer, throughout Nathan Lyon’s career it seems that selectors are continually looking for a reason to drop him. That feeling drove Langer to perform – but it looks like it has the opposite affect on Lyon. A coach must know that, and push different buttons for different players to drive them to their optimum performance.